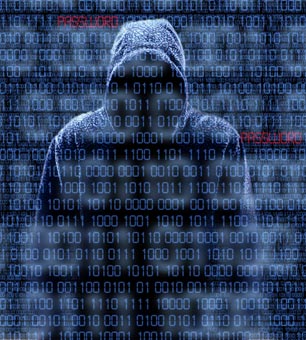 Is it futile to combat computerized vote-counting fraud, given the more general disenfranchisement of the American public? This and the emerging battlefield of corporate versus public interest is explored in this adapted excerpt from “CODE RED” by Jonathan D. Simon.

Many despairing observers of The New American Century have asked me whether – given the recent revelations about NSA surveillance, along with other signs that American democracy is deteriorating irrespective of which party governs – an honest vote counting system would even matter anymore. A fair question to which I believe the ultimate, if uneasy, answer is “Yes.”

Perhaps the most penetrating lesson to be drawn from the Occupy experience is the disclosure of a previously unrecognized divide in the American body politic: that of the “99%” and the “1%.” Throughout American history our enduring system of representative democracy has thrived on the two-party dialectic. Certainly for living generations, the vision we have of politics is that of the Democratic and Republican parties carrying the ark into battle for their relatively evenly matched constituencies, taking turns advancing an agenda as the political pendulum swung.

That is still the image of American politics you’ll see in The New York Times or on CNN: a never-ending political Super Bowl. It is easy enough, if you listen to the play-by-play announcers, not to notice a very important change in the game, a tectonic realignment of which Occupy gave us a hint and which subsequent developments have confirmed. The battle that is coming to characterize The New American Century is that between the Elites (called “the 1%” by Occupy, but more accurately the corporate class that would replace democracy with dominion) and Everyone Else. And this battle, as Edward Snowden has brought so dramatically to our attention, is largely about information.

Knowledge is indeed power: In the case of the surveillance state, the power to intimidate, the power indeed to blackmail, the power to infiltrate and sabotage any perceived threat, stifle any organized or ultimately individual dissent. And the battle lines are indeed simple: a ruling elite, corporate and governmental, that is attempting to know as much as possible about you and me while seeing to it that we know as little as possible about them. Of course this is not unprecedented; history offers up its share of J. Edgar Hoovers. But the Information Age has turned a limited and rather selective battle into what amounts to total war. In a very real sense, this war is not over land or even treasure, but over knowledge, The Public has become The Enemy.

Ironically, the weapon that has been handing the ruling elite one victory after another in this war is fear, specifically fear of “terrorism” (though as an American you were 3,000 times as likely to be killed by an American with a gun last year as by a terrorist). With the ghastly and iconic images of planes puncturing towers and bodies leaping from fiery windows – precisely the “new Pearl Harbor” imagined in 1997 by right-wing think tank PNAC (Project for the New American Century) – seared into every American’s brain, the surrender of privacy on every front becomes an easy sale. Whatever it takes to keep us mythically “safe” in a “war” rather brilliantly conjured to be without end.

When finally exposed by the “treasonous” Snowden, the NSA took pains to reassure us that it’s “only gathering data” and won’t actually read our emails and listen in on our phone calls unless it really feels it needs to. For example, if you were trying to organize a new Occupy movement, or threatening the “eco-terrorism” of opposing Monsanto, or perhaps getting serious about a third-party or independent challenge to the D-R power duopoly.

This is the bone structure of The New American Century, whatever its face and skin may look like. Corporate America has a stranglehold on both major parties; the MSM (corporate-owned) is cheerfully along for the ride; threatening opposition movements like Occupy are infiltrated and, where necessary, obliterated. Where does that leave The People? Where does that leave the 99% on the day it figures out it is the 99%?

It leaves us with the electoral process. With the chance – in a fair, observably counted election – to elect to office candidates outside the power duopoly, who have refused to feed at the corporate trough and who are pledged to bring genuine change to the system and seriously address American Systemic Injustice.

Of course there are other obstacles beside rigged vote counts: money, media, lies, infiltration, assassination. But at least there would be a fighter’s chance! Money faces a law of diminishing returns when it is spent in obscene amounts to buy votes and elections; there are means of communicating messages outside the mainstream media; lies can be exposed; infiltration, threats and even assassination overcome – as we have seen elsewhere around the world and throughout history – when a cause is just and vital and when the forces of greed, repression and control have overplayed their hand. In primaries and in independent challenges, candidates with the courage to oppose the forces of wealth and “order” smothering our democracy could stand for election before an electorate that the ruling elite had finally pushed too far.

At that point, we had better be counting the votes in public view. It is absurdly naive to believe that the corporate totalitarians, who have hardly blanched at subverting every other mechanism of democracy, would, with their own computers counting the votes in secret, go gentle into the good electoral night.

We are suffering from a virulent disease and will need strong medicine. But let us not say it’s all so rotten that elections no longer matter. Because after elections, all that is left is revolution, and, even if we could imagine one here in the Land of Genetically Modified Milk and Honey, such events are not generally festive, but chaotic and traumatic. Indeed, it was memory of such traumas that doubtless gave birth to history’s first elections. So let us neither mistake the lines of battle nor fail to recognize the crucial part electoral integrity – beginning with the observable counting of votes – is destined to play in an age in which the most critical battle lines are all about what can be seen and what cannot.