What Would Trump Do? How We Respond to a Suspect Election

What can the nation do to awaken from this bad dream? 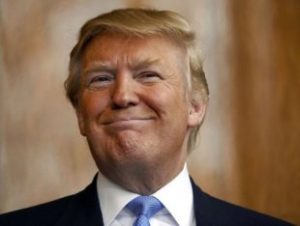 This one was for all the marbles. A glib way of putting it, perhaps, but I have yet to find anyone who believes that Election 2016 was an ordinary election or that it will bring in its wake anything resembling “politics as usual.” This was not Carter-Ford, not even Carter-Reagan, Nixon-Humphrey, Bush-Gore, Obama-Romney, or any of a parade of elections stretching far back down the street of American history. The direction of America, and likely of the world, has taken a sharp and possibly irrevocable turn. With Donald J. Trump two months and a coronation away from becoming the most powerful person in the world, the shockwaves are still spreading: protestors are massing in the streets, flights to the United States have fallen off sharply, the calamitous question “What went wrong?” keeps reverberating from NY Times to water-cooler to dinner table (the Dow, anticipating new vistas of business and environmental deregulation, has held its own). Kellyanne Conway, Trump’s campaign manager, has put his critics on notice to “be careful what they say.” Alt-right white supremacist Steve Bannon has been brought into Trump’s White House as his “chief strategist.” The young woman who served me an ice-cream cone yesterday at Baskin Robbins (some have hit the bottle; I have sought comfort in ice cream) had tears running down her face. When I asked her what was wrong, she spread her hands wide and said only, “You know.” America gruesomely divided, at least half of it in shock. Hillary Clinton conceded; President Obama promises a “smooth transition;” the media busies itself covering the coronation, the cabinet picking, and the demographics and psychologies that fooled every pollster and pundit and delivered this shocking victory. But the victory itself is self-evident; America “moves on.” Soon the protests will have died down, the tears will have dried, the shock will have dissipated, and the moment will have run its course, leaving all the marbles in the gutter where they fell. This is something we have always celebrated about our democracy, the 1860 election and the ensuing Civil War being the one cautionary historical blot. Before we all move on though, I want to suggest a thought experiment. Click Here to Read More of the Article